A sustainable solution for a thirsty planet” 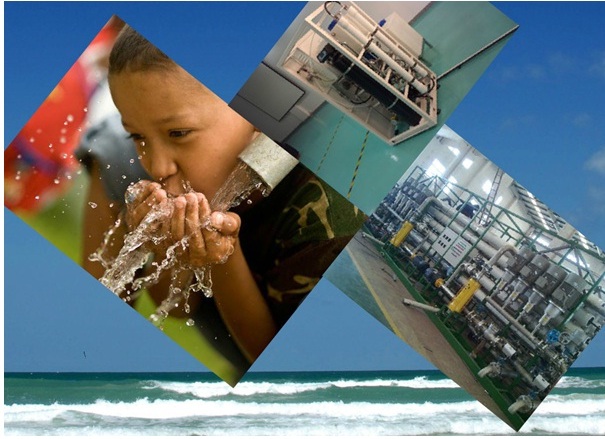 Headlines from around the world tell us stories about water shortages, famine, and disease. The only solution is water desalination.

What is water desalination?

Desalination is a process of separating the dissolved salts from the sea water.

There are various stages in Water Desalination. They are

The various types of sea water intake are

If the sea water is left untreated before Reverse Osmosis, it may cause fouling. Fouling is the accumulation of particles in the membrane as shown in the picture. 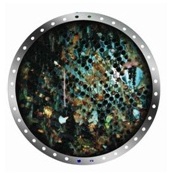 Why is pre – treatment necessary?

In the absence of pre – treatment, the membrane surface gets accumulated by the filtered particles, eventually dropping the membrane productivity and increases the operational cost.

The following treatment processes are used to avoid fouling.

In the picture, yellow balls are the chlorine, green balls are NaOCl, red is NaOH, and the blue triangles are NaOH 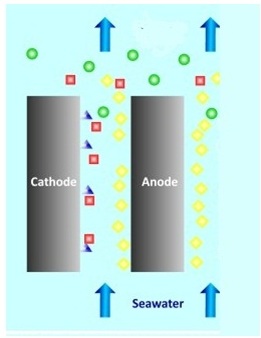 Small particles cannot be removed by sedimentation as they do not settle down to the bottom. Such small sized particles are made to a larger chunk by coagulation

In this process, water is passed through a tank with churning paddles. Mixing is done slowly in flocculation step. As the paddles turn the water, the suspended particles start rotating. Due in course, they stick to each other.

The core process of Water Desalination is reverse osmosis. The following are the main requisites of the process

The sea water is pressurised by the high pressure pumps, before the water enters the membranes. The pressure of the pump is typically between 55 bars and 85 bars.