Smartphones and sensors are inseparable.Sensors are the love life of the smartphones. Smartphones might just ward off without its soulmate!

In this article, we will learn why?

The following are the sensors in a (or any) smartphone.

the tilting motion of the phones is detected by the accelerometer in the smartphones. In mobile terms, you can turn ON/OFF autorotation with the help of Accelerometer. It also detects the motion gestures like shaking, swinging, etc To know more visit Link

Look for yourself, how technology has made it possible to shrink the accelerometer inside the smartphone. 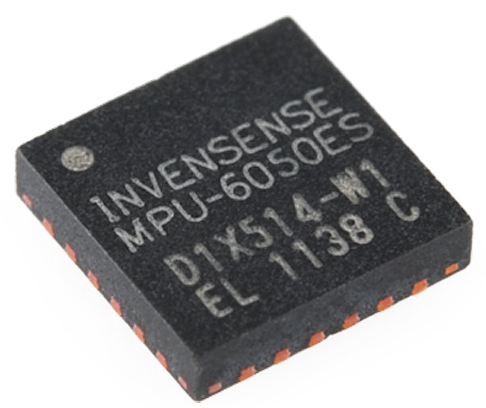 The accelerometer has two main parts.

The ball is the weight that sags from the accelerometer. When you move the device up, the ball sags further increasing the force of gravity.

In a smartphone, there are three such balls placed. One for the x – axis, one for y – axis, and the other for z – axis. When the device is placed in z – axis, the z – axis ball and y – axis balls are in rest. Only the x – axis ball, which is perpendicular to the z – axis gets sagged.

The most fascinating a fact is that how such a big device is brought inside a slim sleek device. The balls are replaced by hanging beams in smartphones.

The above picture shows one of the three beams. The beams capacitance varies as it moves and thats how the position is detected in a smartphone.

Visit the Link for a detailed explanation

The Engineer Guy explains it in the following video

Continue reading the other sensors here…